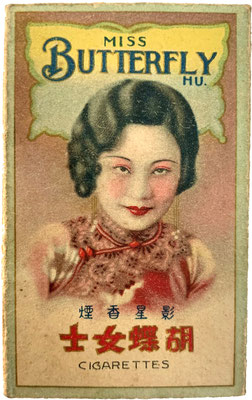 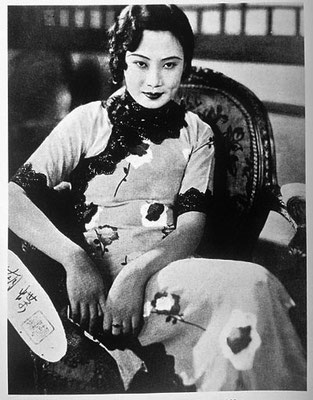 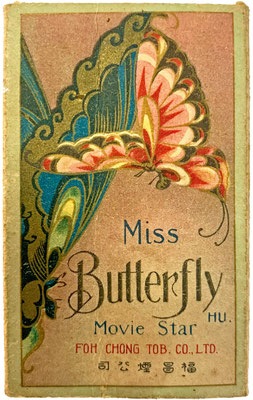 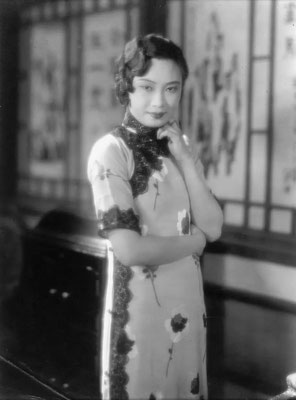 In November 2022 the Chinese government issued new regulations for celebrity related advertising. Among others the updated rules prohibit celebrity endorsements of medicines, off-campus education and – finally - tobacco. What sounds fairly reasonable for today’s standards actually took the authorities over a century to crack down on: the practice of Chinese singers and movie stars unscrupulously peddling cigarettes goes back to the early 20th century and, as we will see, sometimes even with the most dubious of partners.

A new peak was in fact reached in 1933 when China’s most popular actress Hu Die (胡蝶) aka “Butterfly” Wu, launched a new brand in cooperation with Foh Chong Tobacco (福昌烟公司):

While Hu Die, a beauty icon famous for her signature dimples, already had long standing endorsement deals with LUX soap, Sincere Perfumes and the tailor shop Hong Zang, this was the first time that a cigarette brand was registered in China under an actual person’s name.

Foh Chong Tobacco was founded in 1926 by the notorious Shanghai business tycoon Huang Chujiu, who went from quacksalver to founder of among other the Great Eastern Dispensary, the Great World entertainment center, the Day & Night Bank (open 24h) and the China Film Company (中华电影公司).

When Huang Chujiu unexpectedly died in January 1931 at age 59, the Great World amusement center was taken over by infamous gangster boss “Pockmarked” Huang Jinrong. Fuh Chong Tobacco, which at the time employed 500 workers, was temporarily closed, but presumably also fell into the hands of Huang Jinrong and his protegee and partner in crime “Big-Eared” Du Yuesheng and would soon be restarted. For the Spring Festival Reception held at the Great World in February 1931, and just one month after Huang’s death, Hue Die appeared as a special guest with an eye-catching appearance.

In 1933, the newspaper Star Daily conducted China’s first public poll for the most popular movie stars with “Butterfly” Wu as the runaway winner. The perfect opportunity to further monetize her fame with the launch of the Miss Butterfly cigarette brand, expand the partnership with Huang Chujius former empire, now controlled by the kingpins of the Shanghai underworld, and revive the Foh Chong Tobacco company. The brands slogan was an homage to the late Huang, who during his life time had been labeled the “king” of many industries such as “the pharma king” and “the entertainment king”.

Despite having all the ingredients for success, the brand alas did not become the hoped best-seller and soon vanished from the market again.

After the start of the Second Sino-Japanese War in 1937 Foh Chong ceased to exist entirely and Hue Die moved to Hong Kong together with her husband, the industrialist Eugene Penn.

In 1946 the couple once and for all swore off tobacco and instead relaunched the Butterfly brand to mass-produce thermos flasks and torchlights which were successfully sold around Asia and as far as the UK by 1952.