This large 1932 map of Shanghai was produced by Millington Inc., one of the “Big 4” advertising agencies of old Shanghai. It was issued in the same year when Millington also started to produce the monthly “The Cathay” hotel magazine and features almost the same advertisers. The map was a supplement to the “City Directory of Shanghai”, a publication issued by Millington and which complemented the “Rosenstock’s Business Directory of China” which the agency also produced annually for the rest of China, excl. Shanghai.

The map does carry an ad for the Astor House Hotel and the Palace Hotel, both operated by the Shanghai & Hong Kong Hotels Ltd., but the advertisement for the two Sassoon Group owned hotels the Cathay and the Metropole is much more prominent, which indicates Sassoon being a key sponsor of the directory.

Francis C. Millington, the agency’s founder & CEO, also couldn’t resist to place two ads for his own group of companies: one for the Millington Advertising Agency and another one for its printing company the Oriental Press, which he acquired in 1930.

All that being said, Millington was quite late to the map game as his key competitor Carl Crow Inc. had already produced its iconic “Illustrated Map of Shanghai” in 1928 (often falsely attributed to 1935). 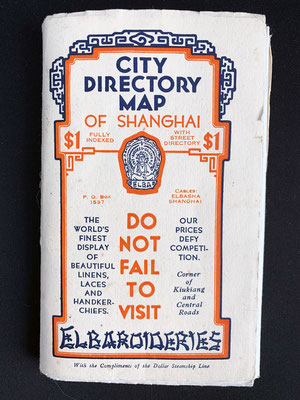 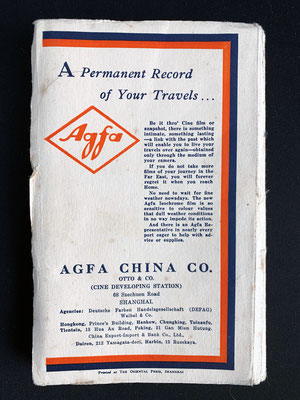 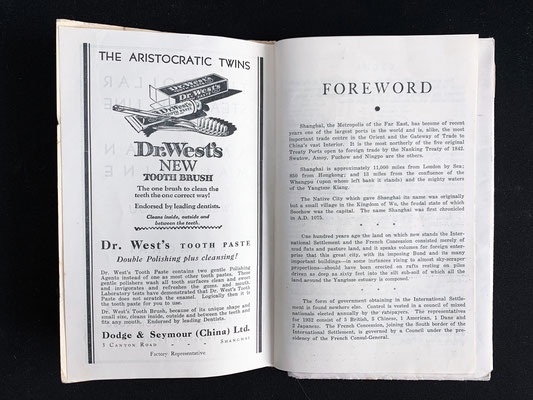 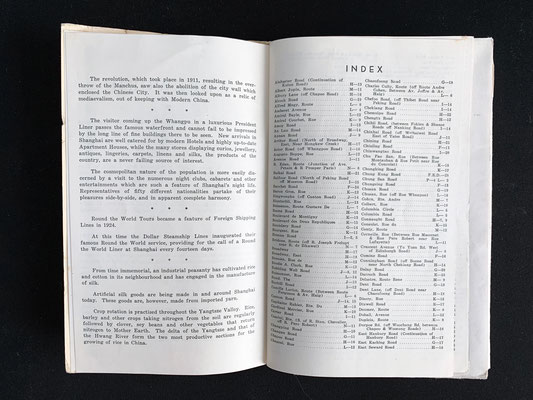 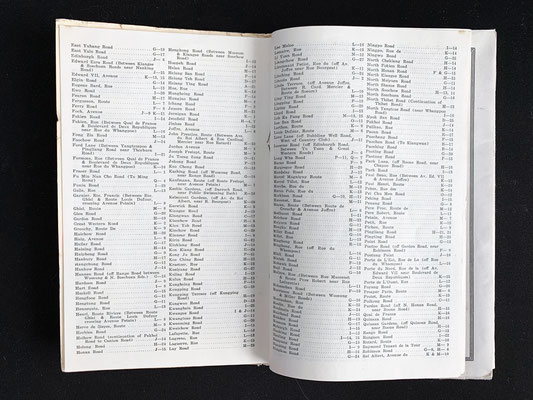 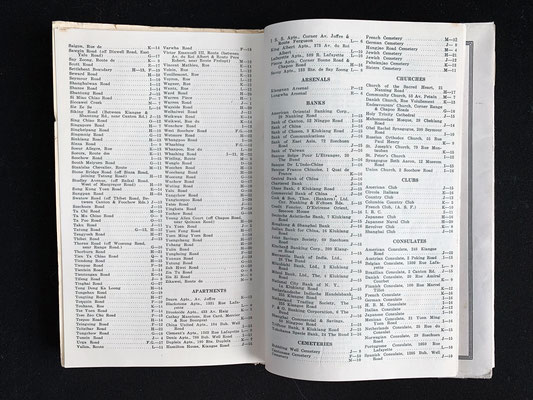 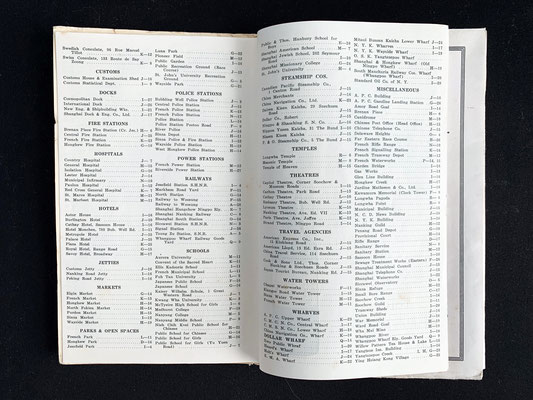 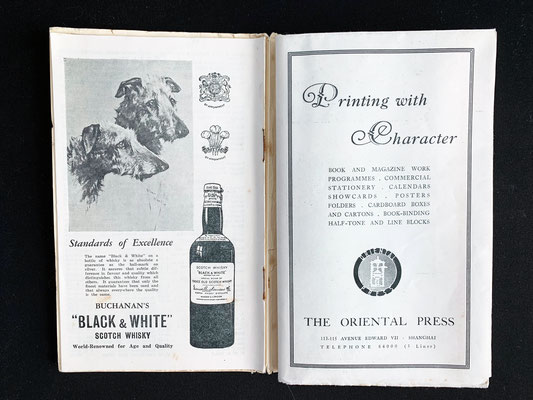 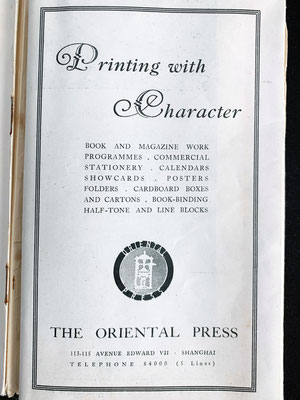 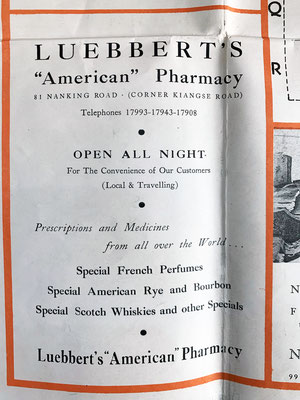 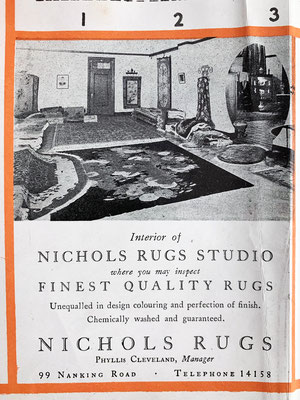 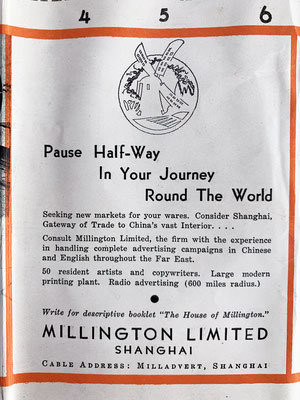 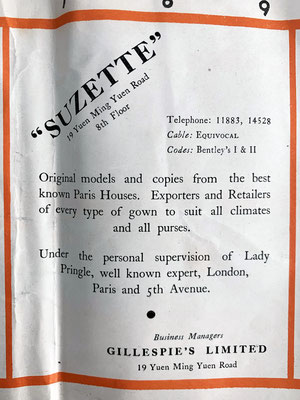 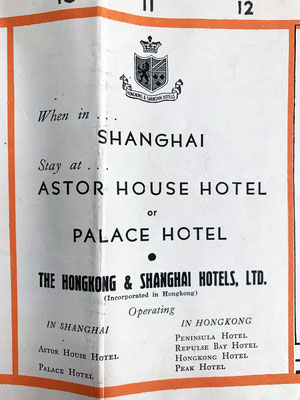 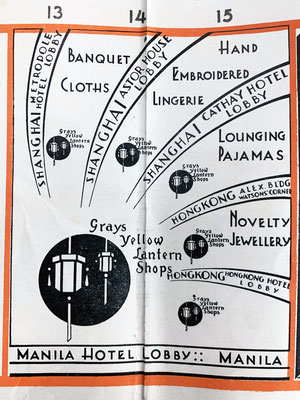 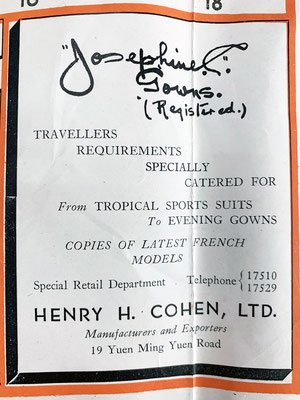 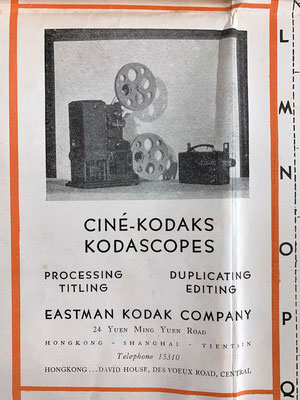 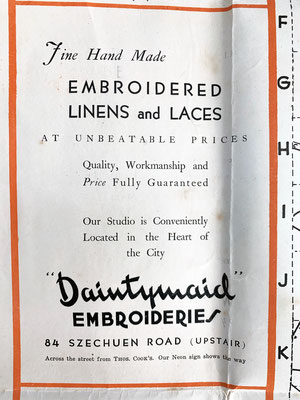 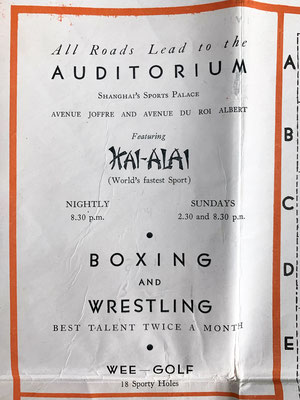 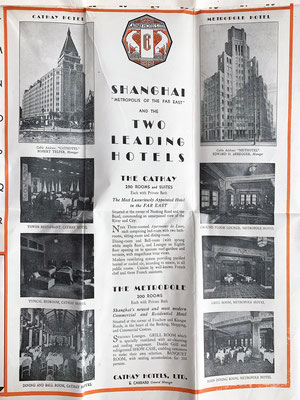 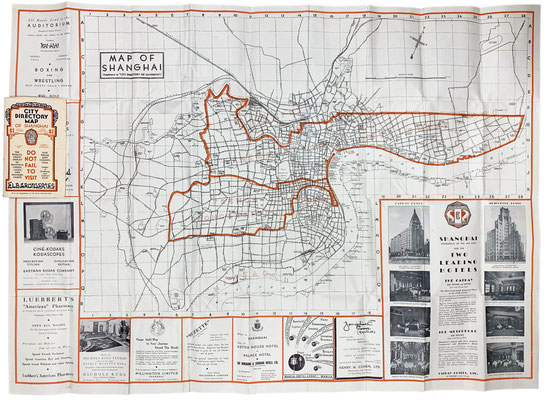