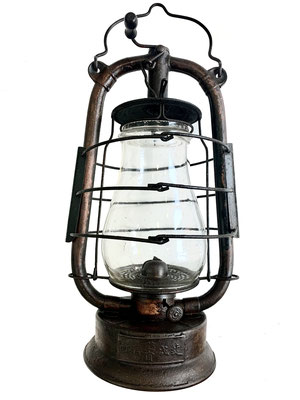 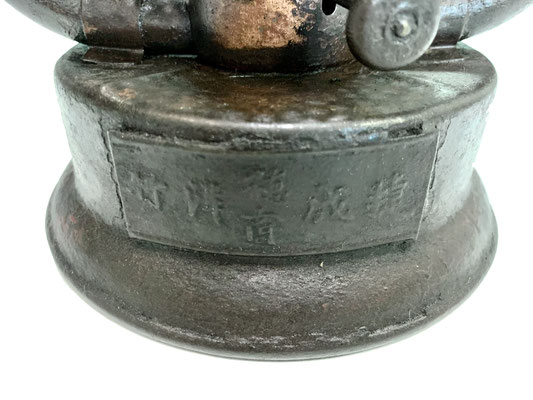 Before the electrification of China starting in 1882 and the introduction of battery-powered torches in the 1910s, oil lamps were the predominant means of illumination. They were cheap to manufacture & became popular promotional merchandise -  most famously exemplified by the Standard Oil Company of New York (SOCONY).

Jebsen & Co. (捷成洋行) is one of the few old China trading firms, so called “Hongs”, that is still active today. The company was established in Hong Kong in March 1895 by second grade cousins Jacob Jebsen and Heinrich Jessen from Aabenraa, which at that time was part of the German Empire but in 1920 was handed over to Denmark. Originally founded as a shipping agency it quickly expanded to trade and among others represented brands such as BASF, Bosch and Mercedes Benz throughout the late Qing Dynasty and Republic of China eras. Today Jebsen Group (捷成集團), consists of six business lines: Beverage, Consumer, Industrial, Motors, Logistics, and Jebsen Capital. It is among others one of the longest-serving and largest Porsche dealer groups globally.