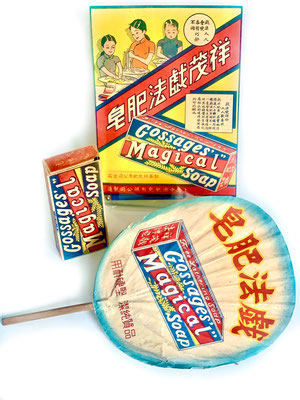 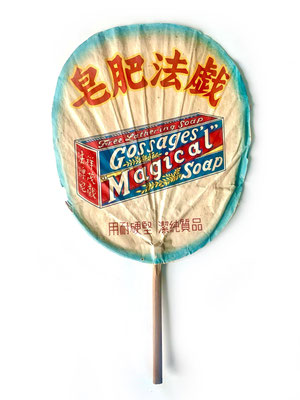 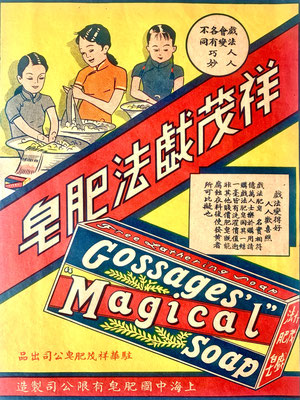 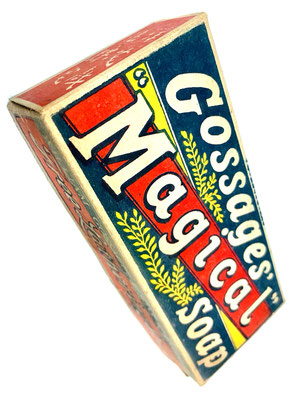 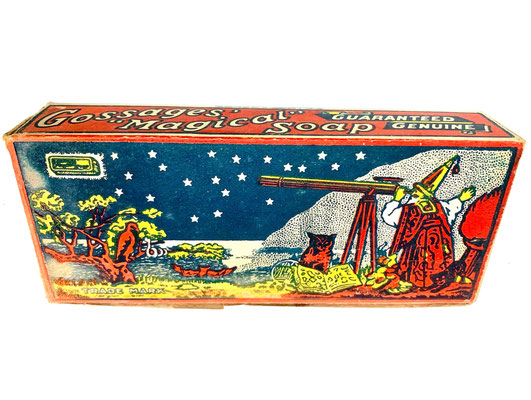 After several endeavors in the salts and copper industry the British entrepreneur William Gossage founded the The Gossage Soap Company in 1850.

After a first success with silicated soap, the company faced a first threat in 1884 – Lever Brother’s Sunlight Soap. The new Sunlight was a technical and commercial novelty. Gossage's response was to produce their own similar soap, also wrapped, branded and advertised. This was 'Gossage’s Magical Soap', whose logo included a wizard and mystical symbols, such as crescent moons. The company was successful including export business to India and China. As early as 1911 William Gossage & Sons (China) Ltd. was incorporated in Shanghai with the help of another British trading company Price's (China) Ltd.

By 1923 however and after complex negotiations, the Gossage factory in the UK eventually became a Lever property and  'Gossage’s Magical Soap' was then also distributed by the Lever Bros China Soap Co. Ltd. (中国肥皂有限公司).

By 1932, Lever Bros had joined with the Margarine Union of the Netherlands to form Unilever. By that year, 'Magical', and other brands were basically slight variants of 'Sunlight' and after the Second World War ‘Magical’ was ultimately faded out.