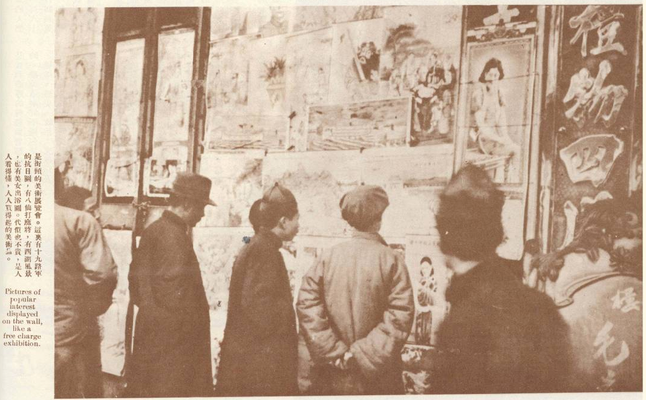 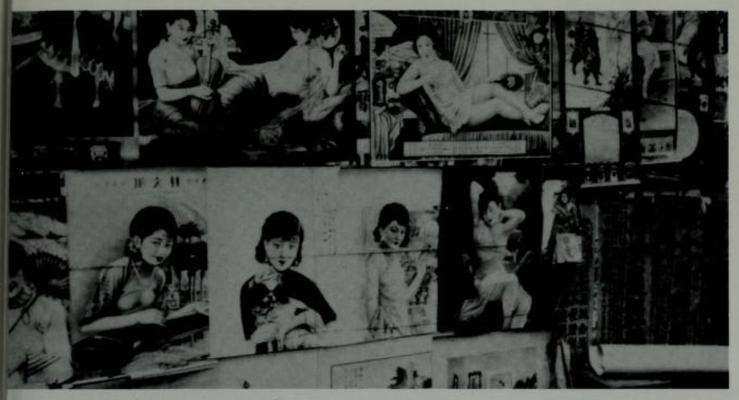 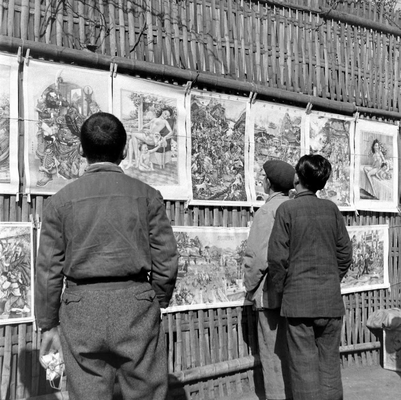 Advertisement calendar posters were the most important of the many forms of visual advertisement in China. They were introduced from the West and printed in glowing color lithography.

These calendars posters, known in China as yuefenpai, were directed primarily at Chinese, not Western, customers. Most often, calendar images supplied by printers had little or no connection with the product or service being retailed. They were produced with an abundance of different pictures to appeal to a range of customer interests – most prominently “beautiful women” – meinv in Chinese.

The brand issued posters became so popular that already by 1909 they were hawked in the streets:

“The check on the calendar’s value as an advertising piece was the price at which it sold on the market. Within ten days after distribution had started, picture hawkers all over China displayed them with their other wares on the main shopping streets. If the price rose to eleven or twelve cents each, the calendar was a success” (“China Hand” by James Lafayette Hutchison).