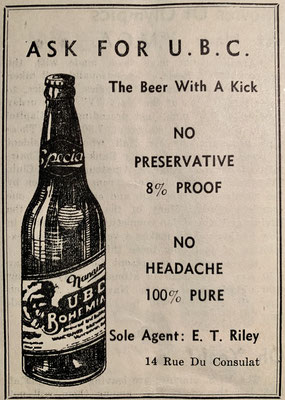 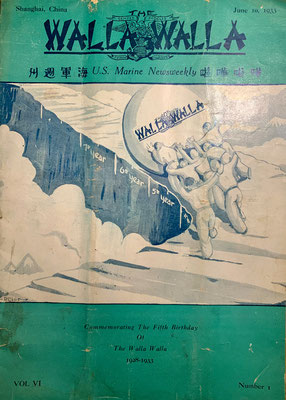 If you’ve read Paul French‘s excellent book City of Devils you of course heard of famous Shanghai slot machine king “Jack” E.T. Riley. Jack was known to have been a longtime supporter of the Marines, and they in turn helped save his butt more than once. What, to our knowledge, previously was not known is that before joining spirits merchant Gande, Price & Co in late 1933 (where his “commercial record was above reproach”), Jack gave it a shot on his own to distribute U.B.C. – “The Beer With A Kick”:  8%, no headache, 100% pure. Paid advert from the Shanghai Marine’s weekly magazine Walla Walla, June 10th 1933.