Of Pirates and Plagiarism: The Story of “Pirate” Cigarettes

W.D. & H.O. Wills was a British tobacco importer and manufacturer formed in Bristol, England. It was the first UK company to mass-produce cigarettes. The company was founded in 1786 and went by various names before 1830 when it became W.D. & H.O. Wills. It is also known for having pioneered the use of cigarette cards within their packaging.

The “Pirate” brand entered the Chinese market in 1891 and marked the earliest introduction of a foreign cigarette brand in China. After 1902 the brand was distributed in China by the quasi monopoly of the British American Tobacco Company.

The Pirate Brand was famous for localizing its promotional give-aways and trading cards by depicting traditional Chinese motives and scenes from history such as from the four classic Chinese novels “Romance of the Three Kingdoms”, “Journey to the West”, “Water Margin” and “Dream of the Red Chamber".

Yet the brand faced challenges: Chinese consumers could not read the English word pirate and instead called the brand “old knife” referring to the sword the pirate held in his hand. Also after the Xinhai Revolution and subsequently the May 30th 1925 incident anti-colonialist sentiment among Chinese towards Western iconography grew and pirates were not seen – like in the West of that time – as romanticized heroes, but rightly so as criminals and ransacking foreign oppressors. As a consequences the British American Tobacco Company started to fade out the use of the English brand term and emphasized the Chinese “LaoDao Pai” or “Old Knife Brand” (老刀牌) in their advertising. Additionally the key visual was altered with the previously shown cannon replaced with a metal box and the face and sword of the pirate changed. The brand story was revised to the metaphor of “A businessman holding an ancient old knife came to China by ship to promote the world's best cigarette - Old Knife". After heavy marketing investments, the revised "Old Knife" cigarette label was finally accepted by Chinese consumers and established itself as one of the most recognized brands in the country. In fact it became so famous that it soon had to deal with copycat brands as highlighted with an infamous example in our post here. But this is only where the it's troubled history really starts:

The English brand name, it’s key visual and brand story was no longer appropriate for it’s time, although the Chinese term continued to be widely used and known.  Shanghai Tobacco found a smart work around and re-labeled the brand to the “Labor Brand”. In Chinese old knife or 老刀 “laodao” has a similar pronunciation as labor or 劳动 „laodong“ and especially in Shanghainese dialect sounds almost identical.

The Come-Back of "Old KNife" 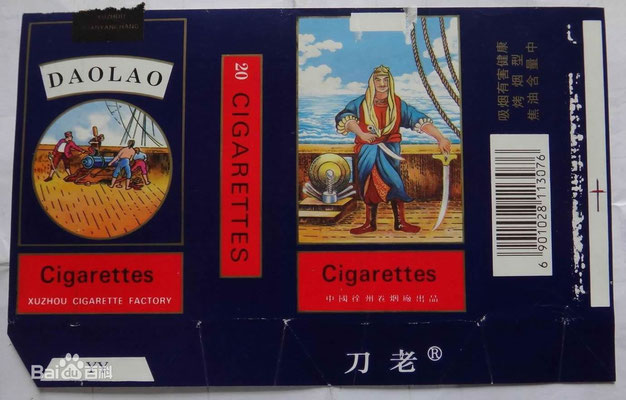 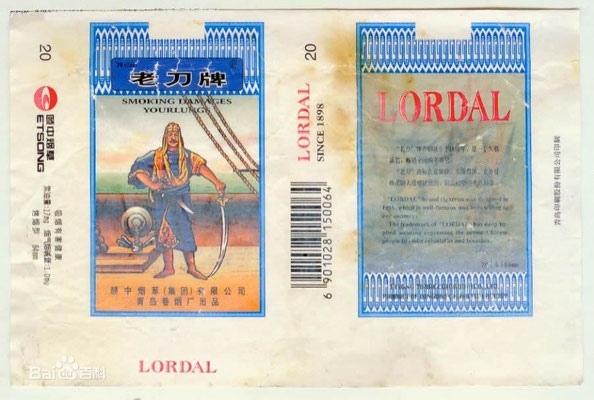 In 1992, Suizhong Tobacco Group Co., Ltd. decided to resume the production of several old brands including “Old Knife. It’s first attempt to sell cigarettes under the brand name was rejected since its former owner the British American Tobacco Company had re-registered the trademark after the economic reforms of the late 1970’s. However after a second attempt and in accordance with the relevant provisions of the Chinese Trademark Law, Suizhong Tobacco successfully disputed the ownership of the British American Tobacco Company in Mainland China on the grounds that “there has been no promotion or production of old knife cigarettes in mainland China for more than three consecutive years”.  So in 1994, Suizhong Tobacco re-started the production and marketing of “Old Knife” cigarettes, generating nearly 300 million RMB in revenue within the same year. The classic pirate key visual and overall design was revived but as English brand name the inverted transliteration “DaoLao” was used as well as the made up term “Lordal”.

After increasing criticism and negative press however the “Old Knife” brand was once again discontinued in 1997 and has since faded from the awareness of A new generation of Chinese smokers.